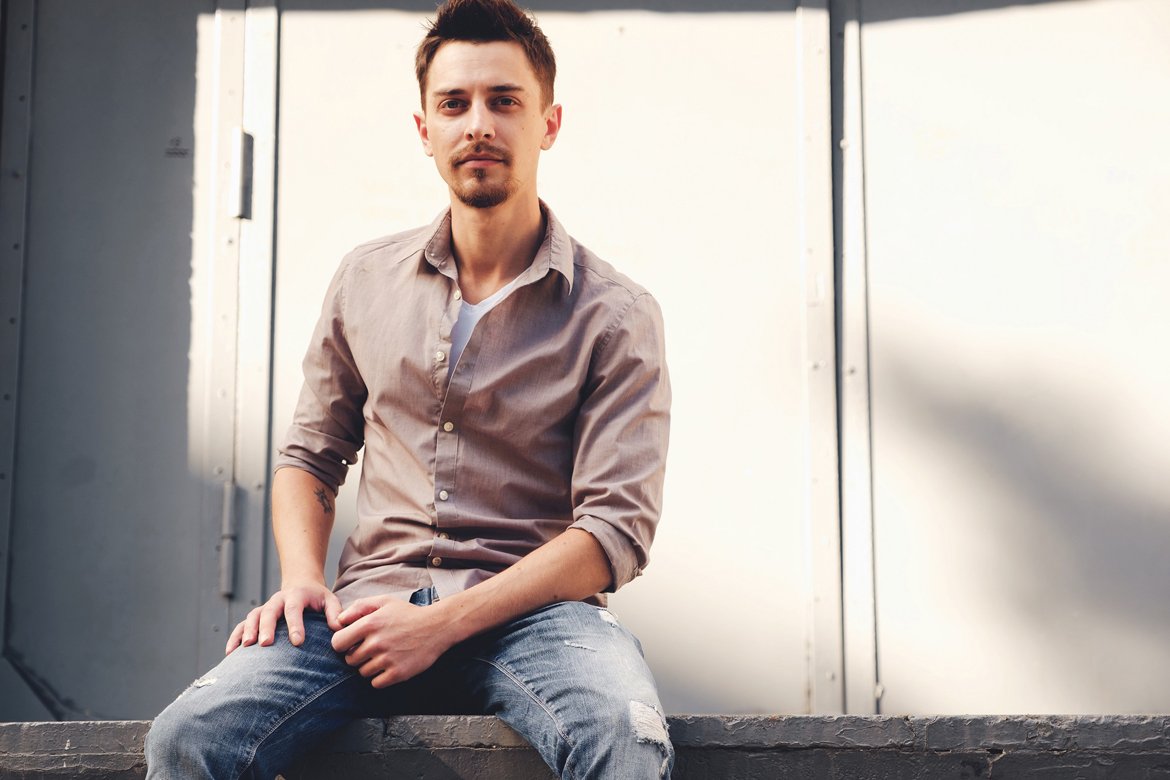 Who am I? Th is is a question often pondered, but the infinitely more important question, what am I? is seldom asked.

But what about the question: who am I? The answer to this is that you are a composite, comprising the real you plus all the parts you play in life, all your numerous alter egos.

The real you belong in the high aesthetic zone where happiness, integrity, enthusiasm, serenity and a sense of wellbeing are inherently normal. Operating there, a person enjoys the good things in life and his or her dreams always materialise. Any aspects of life other than these natural attributes stem from negative identities, which are best likened to masks, the masks that hide the real you and that you unknowingly wear while acting on the stage of life.

We all play many parts and, just as the actors on a stage are immersed in their characterisations, obscuring their real persona, so too is our real self obscured by the roles we play in life, roles that are far too often not played by choice. While an actor is on the stage, all that the audience sees is the character that he or she is playing. The same applies to us all, for we are identified by the roles we are playing, and it is these roles that separate or distinguish us from others. Behind these roles lurks the real you, hidden by the masks you are wearing, for that is all the roles are, masks.

Identities, whether negative or positive, fall into three categories:

The concept of identities as separate, identifiable entities forming part of a person’s make-up breaks new ground in understanding human nature. It is no longer the mind, body and spirit (energy unit), but mind, body, spirit (energy) and identities. Identities are a fourth factor in the equation of life – the missing link in understanding human behaviour – although if one we’re listing them in order of importance, the spirit would come first. The discovery of identities as separate entities has led to a quantum leap in the understanding of life and to the resolution of so many of life’s previously insolvable vicissitudes.

Identities are an absolute necessity for operating successfully in life. In the case of learning to drive a car, the first time people sit behind the wheel they do not have a car driver’s identity, so they create one. During that first lesson, they are very conscious of everything they do. All their attention is focused on the various aspects of the mechanics of driving and once they are familiar with these controls, they are confronted with learning how to use them correctly.

Gradually, with practice, they learn how to synchronise all the necessary actions to become a competent car driver. When they are familiar with all these actions, they drive without having to give much thought to the mechanics of driving. They are then free to focus their attention on other things of more immediate interest like listening to music, talking to a companion or admiring the scenery, and to exercise the judgement required of a good driver, about speed and the car’s path on the road. When people reach this stage, they delegate mundane driving activities to the identity that has been trained. If they did not create and train that identity, they would remain perpetual novices, driving would be a laborious and attention-consuming chore and they would be a menace on any high-speed motorway.

The same process applies to all activities involving training: sewing, typing, playing football or writing. Training, or practice, is an alternative term for consolidating an identity so that the mechanics of the activity are handed over to the identity, leaving the person free to exercise judgement. Th is is a natural law of existence and there are no exceptions. Every identity is created to solve some problem with our survival.

We all have innumerable identities and we all engage in numerous activities, each with its own collection of personality traits. For instance, it is the non-optimum
personalities of individuals, like being perpetually angry is hardly an optimum way to live. Nor is being very shy, dishonest or overly critical of others, or any number of other similar
traits. The concept of negative or non-survival identities sets up a paradox. If we create identities to aid our survival, how can we create negative identities that are non-survival? Some obvious questions accompany this paradox, for example:

An important aspect of this paradox of creating non-survival identities is hindsight. Hindsight is a very powerful weapon, wonderfully wise and almost infallible, but unobtainable until after the event! When given the opportunity to review the creation of their negative identities and to apply newly acquired hindsight, people always – without exception – nullify them. I speak not only from the objective reality that untold hundreds of clients have given me but also from personal experience, subjective reality.

Non-survival or negative identities operate against the wishes of the individual concerned. They are the source of obsessive-compulsive behaviour, eating problems, irrational emotions, self-derogatory ideas; in fact, anything people feel is non-optimum in their personality and way of life. These are all activities or attitudes over which the person has lost control. Every one of them has its source in a negative identity, which is the driving force behind them and it is the identity that dictates the behaviour. The identity becomes stronger than the person who created it and so the person is out of control. How often have you heard someone say, ‘Geez, he makes me angry’? Actually, there is nothing further from the truth than that statement.

One person says or does something and a second person reacts to it by becoming angry, yet a third person in the same situation just laughs, thumbs his nose or, showing total disdain, turns and walks away. This third person was not reacting, he was responding, which highlights the vast difference in attitudes. To respond is rational and pro-survival for the individual, but to react is irrational and nonsurvival for all concerned.

The cause of the vast difference between reacting and responding to some outside effect is found in the negative identities. What is being looked at here is the nature of the personalities of the second and third people. Whatever they experience is their own creation, stemming from their own personalities and their own identities. It appears that what was done or said by the first person caused anger in the second, but the reality is that the real reason for the anger lies within the personality of the second person. Something within his own personality was triggered and he reacted with anger, but the anger and any other feelings he experienced were entirely of his own creation – a negative identity in full cry.

This discussion takes no account of what was said or done, for no matter how gross or uncalled for in the eyes of the second person, or whether his reaction was justified, it does not alter the fact that he created his reaction to it, under the influence of a negative identity.

You are ultimately responsible for everything that you experience. Th ere is, however, a positive side to this. If people are totally responsible for creating their own feelings, they are also capable of eliminating any unwanted feelings and, in fact, have a responsibility for dis-creating them – provided they know how to do so.

There is a natural law of the universe that is carved in granite: a person will never knowingly create a negative identity. This law is accompanied by another: you are the only affected by what you are unaware of. The natural urge to survive is so overwhelmingly powerful that when people locate a hidden negative identity and neutralise it, because they now know all about it and how it has affected them, they will never create it again.

The answer to all the questions people have about their shortcomings lies in the negative non-survival identities – identities that have all been unknowingly created. To introduce an optimistic tone to this writing, the method that has been researched and developed addresses and eliminates these negative identities, and in doing so puts people on a road that leads them to eventual control of their own lives.

A prerequisite to the elimination of negative identity is, of course, that the person is made aware of its existence. The question may now arise as to why the being gives the identity any energy in the first place. The answer is that energy is an essential element in any action: no energy, no action!

Each negative feeling people experience is so deeply ingrained they assume it embodies who they are, but this is untrue. More insidious is the fact that negative identities dictating attitudes are always acted out in life. It is not that the person has a voice in his or her head saying, for example, ‘I am inferior.’ Rather, it is a sense of inferiority pervading that person from negative identities. This highlights the fundamental truth that identities are not you, rather they are something you have unknowingly acquired. Even if people know from a rational point of view that they are not inferior, if they are the victims of such a negative identity, it moulds their personality and dictates how they behave in life. For no matter how irrational from a logical and objective viewpoint, that is how they see themselves and how they live their lives.

Every conceivable negative consideration that people can have regarding themselves can be eliminated, for it is not the person but a negative identity generating the feeling. 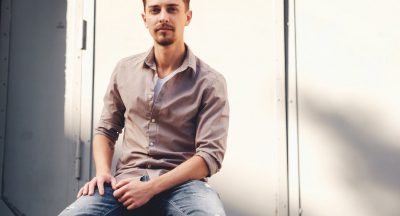 Who am I? Th is is a question often pondered, but the infinitely more important... 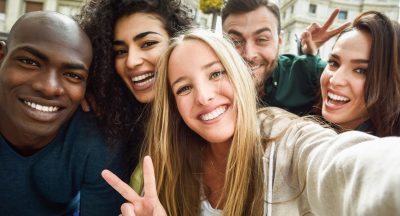 There is a gulf of infinite dimension between “Knowing” and “Knowing About”. The...